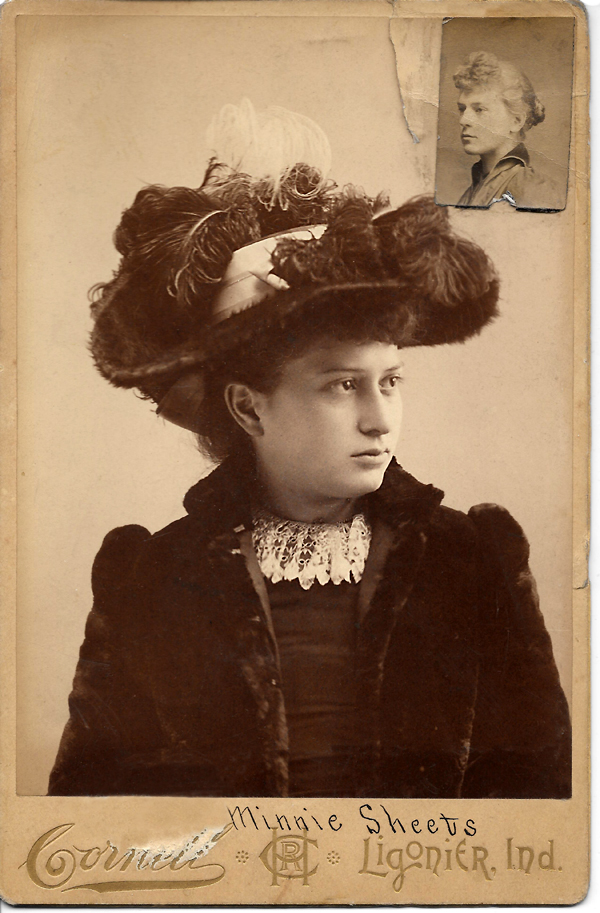 This cabinet card was found in Niles, Michigan. The girl in the feathered hat and fur coat is Minnie Sheets.  Her father, Jacob, who immigrated to the US from Germany in 1853, owned and operated a dry goods and general merchandise shop in Ligonier, Indiana, where he sold clothing, carpets, groceries, boots, and shoes, and even offered custom tailoring. 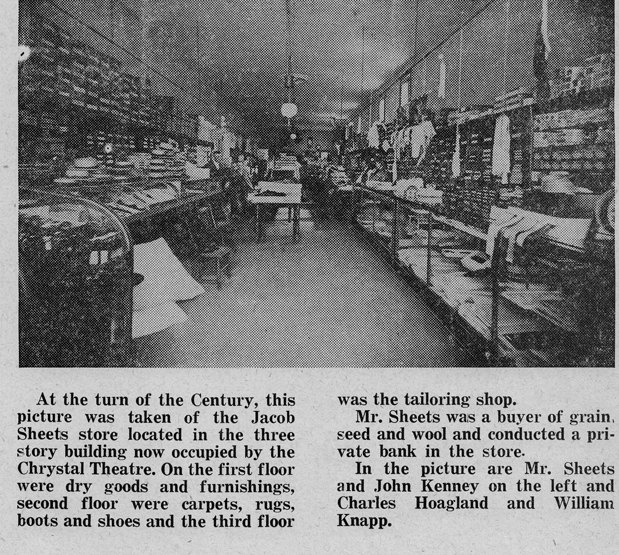 Minnie’s grandfather was a shoe dealer.  I suspect that as a result of her family’s businesses, Minnie had access to all the finest clothing and accessories that a girl could want.  What she lacked was a mother.  In 1875, when Minnie was two years old, her mother Lena died, leaving her to be raised by her father and her maternal grandparents, Minnie and Peter Sisterhern.

About 1880, Minnie’s father built a large, beautiful home in Ligonier that was the host to many parties over the years, including ones thrown for Minnie and her friends, like the one in 1890 honoring Minnie’s friend, Miss Lettie Whisler.

Minnie was educated in public school and was quite popular in her community, her activities were often reported on in the local newspapers.  One example was when she was 12 years old and participated in the Noble County Agriculture Society’s Thirtieth Annual Exhibition.  Minnie won 1st place for her handmade carriage robe.  Carriage robes, as they were called, were blankets that people draped over their laps during carriage rides.

Her father did not remarry until 1889.  He was 45 and married a woman just 8 years older than Minnie, who was 16 at the time.  I wonder if this was a difficult time for her, gaining a young step-mother and adjusting to a new way of life, no longer having her father’s sole attention.  Or maybe she welcomed her father’s “distractions,” especially when her half-siblings were born.  Possibly it offered her greater freedoms.

I do find it curious that with all of her father’s wealth and his standing in the community, Minnie did not have a big wedding.  She and John Patrick Kenny Jr. eloped in 1896, going to neighboring Goshen where it was reported that they “quietly stole a march on their many friends of the city,” returning home that same evening.  Possibly it had something to do with the fact that her half-brother had been born just two months earlier.

Minnie had one child, John, who died as an infant in 1897.  She worked as a bookkeeper in her father’s store, but suffered from rheumatism for years before her death in 1927, at the age of 54.  It was said that “she was known for her amiable qualities.” 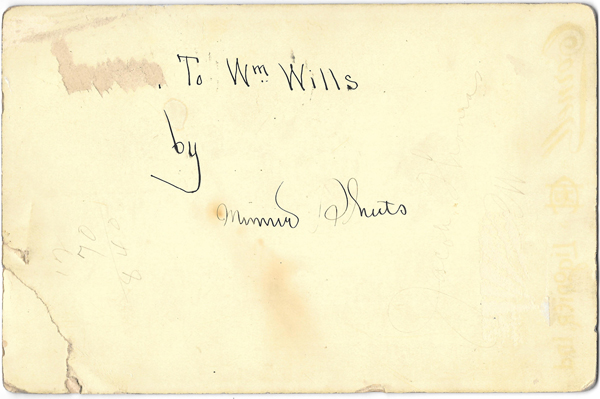 The back of the photo reads, “To Wm Wills by Minnie Sheets.”  I was curious about the recipient, so did a bit of research for him as well.  I discovered that William was using his step-father’s surname at the time he and Minnie knew each other, both living in Perry township, Ligonier.  William’s last name was actually VanScoyke, and sadly, he committed suicide in 1916, age 46.

I found it interesting how different the accounts of the event were, depending upon which newspaper article you refer to.

Was it a case of one bad reporter assuming how the scenario played out?  Did the wife tell two different stories of what took place?  We’ll never know, but the end result will remain the same.

One thought on “A Feather in her Cap”