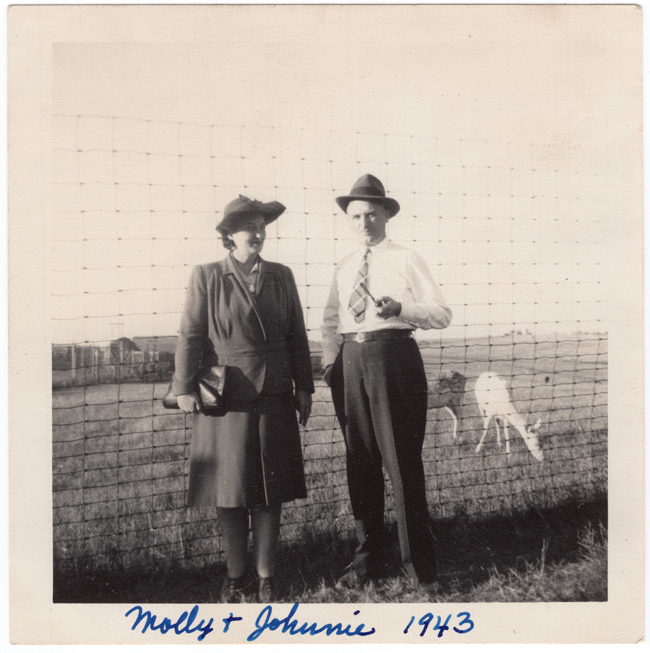 I looked at this vintage photograph and my eye was immediately drawn to Mollie’s expression and then to Johnnie’s pipe.  My partner picked it up and said “an albino deer.”  I hadn’t noticed the deer. haha!

Mollie Butz and Johnnie Hornby Jr. were married on Christmas Eve in 1922 in Lincoln, Nebraska.  John was a shoe salesman at Wells & Frost. Mollie, who graduated from the Nebraska School of Business, worked at the city courthouse in the assessor’s office. 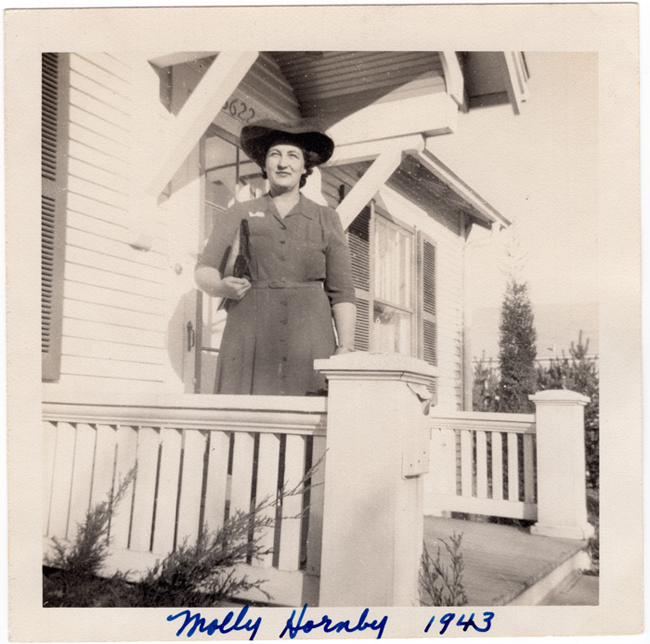 By 1943 the two were living in Lincoln at 3622 Mohawk.  You can see the house numbers in the above photo so we know Molly was standing in front of her home.

Five years after this photo was taken Mollie took ill, and on June 22, 1949, at the age of 44, she died. According to friends of the couple, John was despondent after Mollie’s death.  Five months later, John took his own life.

John had the words “I love you sweetheart” inscribed on Mollie’s headstone.  John was buried by Mollie’s side in Wyuka Cemetery in Lincoln.